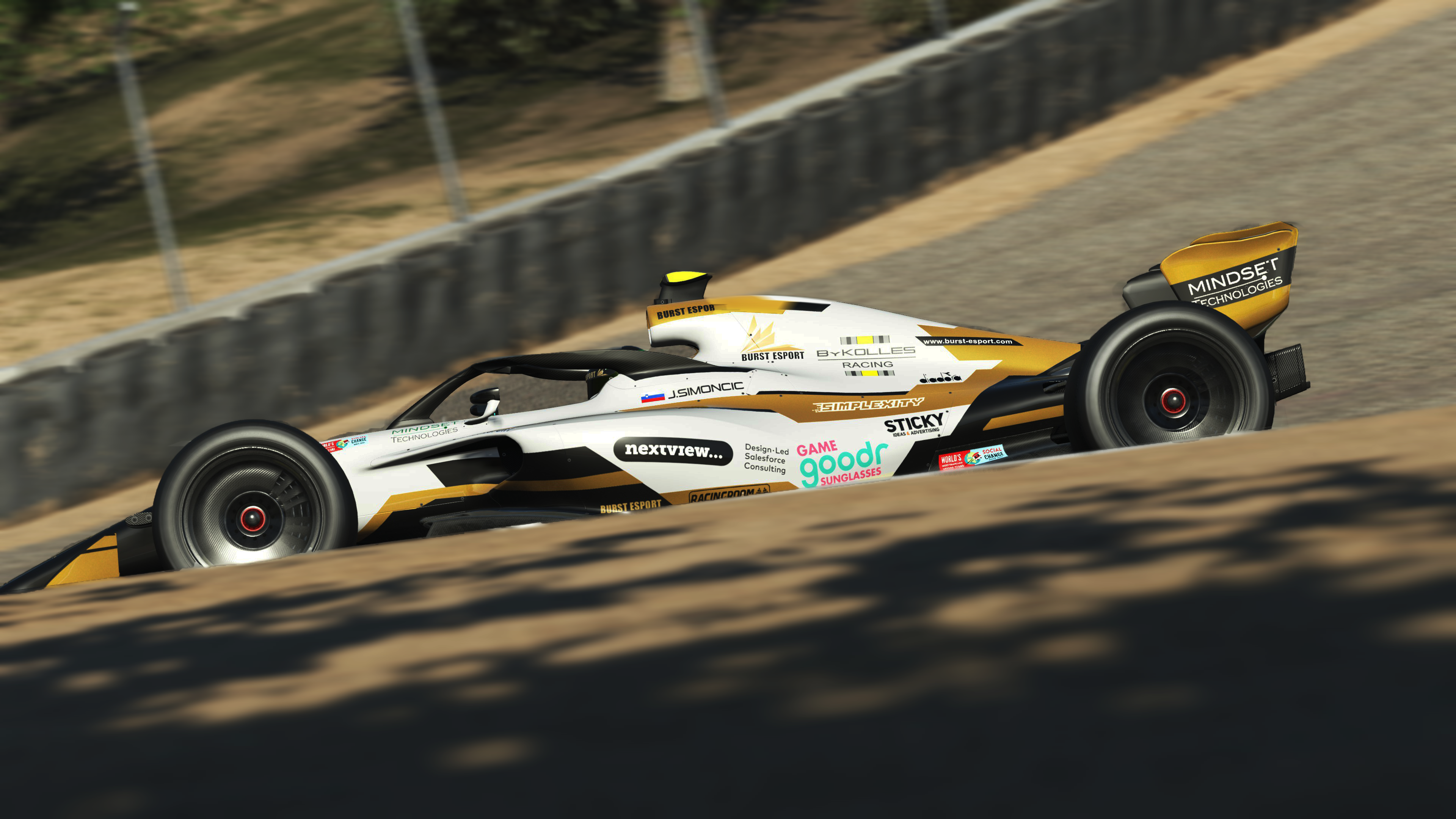 Welcome to the second part of the summer catchup on what has been going on the last weeks on the track for Burst Esport. We have already covered EEWC and the Esport Racing League – and in case you missed it, you can get up to speed right HERE. But for now, let’s put the car back into race mode and continue the story.

We saw the end of a spectacular season in the Formula Pro Series, in which Jernej Simoncic have being right in the title fight from the very first round at Circuit de Spa Francorchamps. The final showdown took place at the Laguna Seca circuit. Starting from 6th place, Jernej showed lightning reactions at the start to jump up one position into fifth. The Slovenian was sitting behind the cars in front and assessing the situation on where he could make a move to progress further up the grid.

Unfortunately, when he made the move for fourth, he misjudged his braking point slightly and had to take avoiding actions to not make contact with other drivers. He went deep, damaged his front wing and from there on it looked difficult to get back to the front without a miracle.
Jernej finished 6th in season two of the Formula Pro series, with a phenomenal win at Monza among multiple podiums.

Finally, we arrive at the closing stages of the 2022 Formula SimRacing World Championship season, with races at the Indianapolis Motor Speedway Road Course and the iconic Autodromo José Carlos Pacé Circuit, previously known as Interlagos.

Michi Hoyer has fought very hard to unlock the pace of the Formula Pro car in 2022, but at Indianapolis, it finally clicked for the german! After having qualified third on the grid, he showed tremendous race pace and despite huge pressure and a tough battle with Red Bull’s Alex Siebel, Michi took his first race win of the 2022 FSR season.

Therefore we arrived at the final round of the season with great motivation and confidence to build on that momentum.
Qualifying ended with Michi and Damian in 14th and 15th spot, while their sister team of Robin Pansar and Tom Oldenmenger started from the 18th and 23rd positions.

Sadly the race didn’t pan out as hoped, with Damian getting tangled in an incident on the first lap, which prevented him from once again showcasing the incredible level he has.
Robin however had a decent night at the office with a great drive from 18th to 9th. The Swedish driver and engineer have been a consistent top 10 finisher during the season. Same for Tom who went from 23rd to 14th place, and showed how he has progressed and still does as a driver.

This sums up the summer of racing in 2022 for Burst Esport. There’s never a break in the race calendar, and soon another huge competition will make its return. To stay up to date with upcoming races and results, follow our social media channels.

Here at Burst Esport we hope you all have had a great summer and well deserved holiday. We can’t wait to provide you with more memorable moments on and off the track.