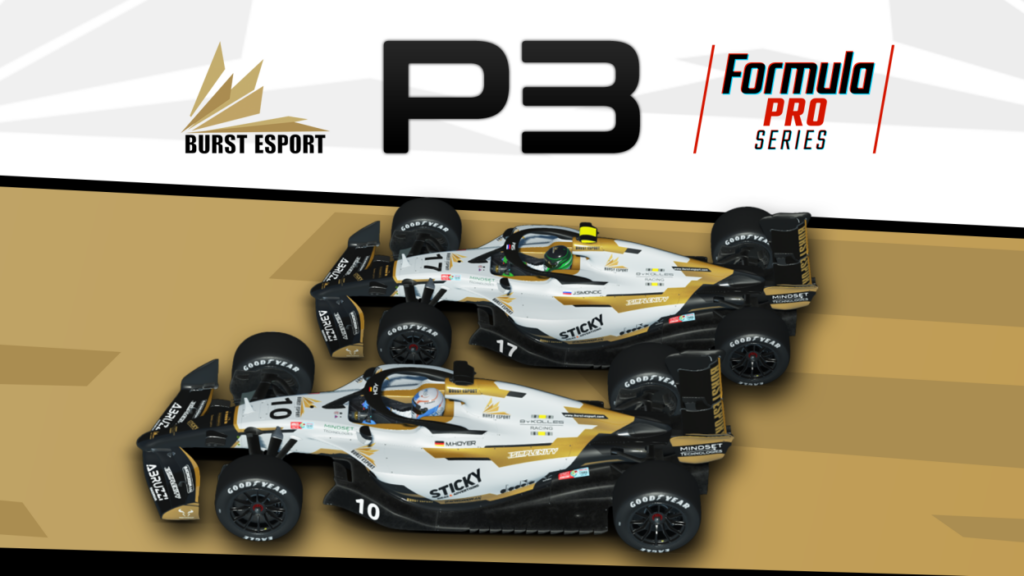 Jernej Simončič and Michi Hoyer have secured Burst Esport 3rd place in the constructor’s championship at the season finale of Formula PRO powered by Traxion.GG! We revisited Autodromo Nazionale di Monza, where we recently enjoyed great success in the Le Mans Virtual Series, but this time we were there to secure a hard fought 3rd […]

Strong showing at the Dunes of Zandvoort – Formula PRO 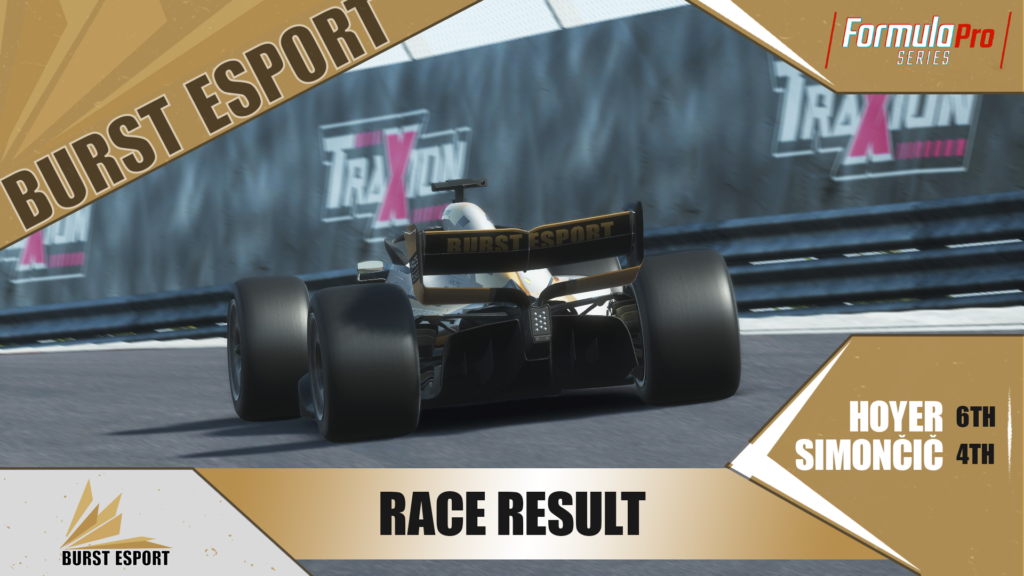 The great form from Jernej Simončič and Michi Hoyer continued and for a second consecutive round, they outscored all teams in the series, to strengthen Burst Esport’s 3rd place in the constructor’s standings. Starting P9 and 11th respectively, Jernej and Michi fought their way through the field with some incredible overtakes along the way, where especially Michi showed […]