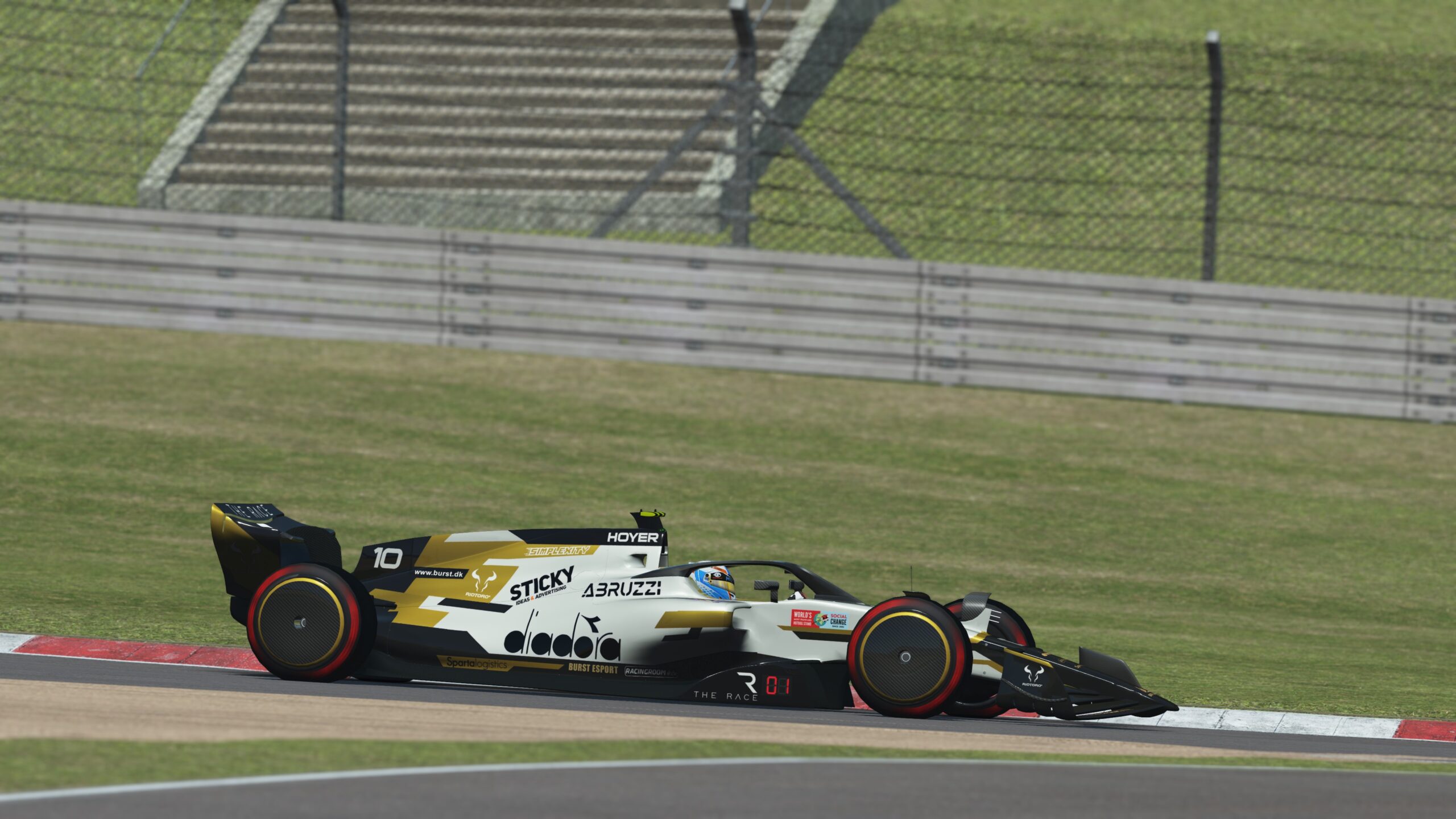 Hattrick at home soil for Michi Hoyer – FSR Round 3

After winning the season opener at Imola, Michi Hoyer made it two in a row at Estoril two weeks ago and aimed to continue that incredible form into round three of the Formula SimRacing World Championship 2021 at the Nürburgring.

In the qualifying session, the german qualified in third, while Dawid Mroczek, Jernej Simoncic and Robin Pansar set lap times to start from 5th, 6th and 17th.

Michi had a decent start and maintained his 3rd place, and the same did Dawid who started the race on the hard compound tires. Jernej also started on the hards, which the drivers by regulations have to use twice during the race. The Slovenian double world champion went onto the soft compound tires for his second stint, and on lap 24, he made an astonishing move on his GT Pro and VEC teammate Dennis Jordan in the first sector of the track.
Robin got caught in an incident on lap one, that sent him to the back of the field and a recovery drive awaited for the Swedish driver and engineer.

Jernej weren’t the only one who made incredible overtakes during the race. Dawid marked the halfway point of the race with a great move around the outside into turn one, which you can see RIGHT HERE.

At the closing stages of the race, Michi decided to increased his pace and with an undercut strategy, he overtook the effective race leader and now had clean air to build a gap like he did at Imola and Estoril. However, Alex Siebel could take a short pitstop for his final stint, but Michi’s great pace made it possible for him to stay in the lead. What followed afterwards, were a titanic battle between Michi and Siebel. the latter on much fresher tires put Michi under immense pressure, but the Burst Esport driver didn’t crack and after an intense final 10 laps, he crossed the finish line and for the third time this season was the first one to get the chequered flag!

Jernej did a decent race to come home in 4th place closely followed by Dawid in 5th. Robin had a tough day at the office after the struggles at the start but recovered well to 16th place.

Let’s hear from the race winner and chmpåionship leader Michi Hoyer himself:

“A mega feeling to win my home race even with the slightest of margin and effectively being under pressure for all 60 laps. Hard to deal with not knowing exactly where one another is until the last pitstops unfold the real positions. I am very happy with my current performance and I am very much looking forward to keeping it up. Today’s win will certainly boost my confidence.”

What a performance by the german who is flying at the moment. He leads the championship by 30 points to Jernej and therefore Burst Esport is also leading the teams’ championship. Dawid is sitting in 8th and Robin in 10th.

The next round of the Formula SimRacing World Championship takes place on the 11th of April at Zandvoort.