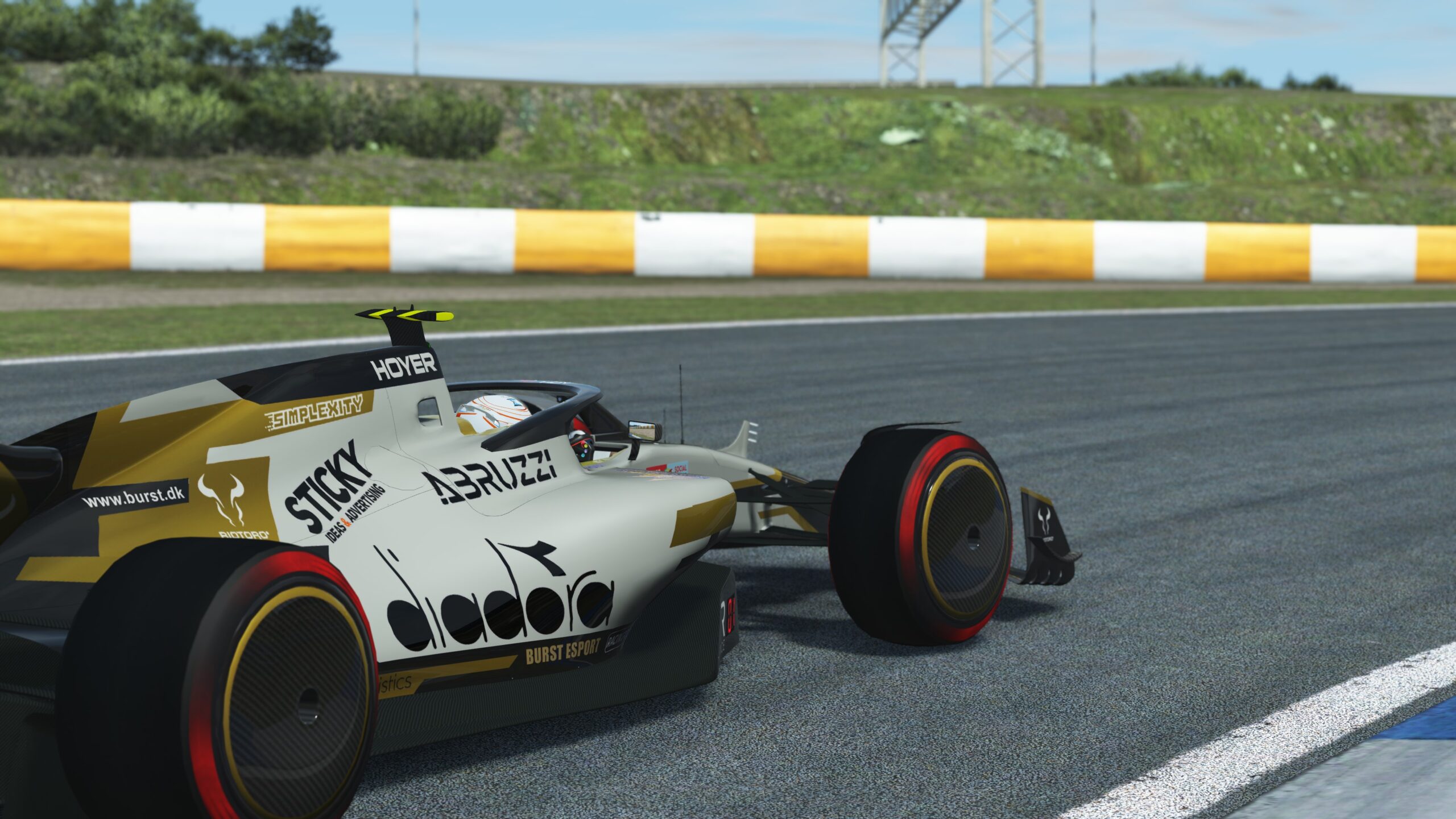 Taking both pole position and the race win at the 2021 season opener of the Formula SimRacing World Championship, Michi Hoyer went into round two with a lot of confidence and determination to continue that form.

In the qualifying session, he once again got the job done and secured pole position with over 0.2 seconds to second place. Dawid Mroczek was trying to make up for an unfortunate first round, and he gave himself a decent starting point by setting the sixth best time. Double world champion Jernej Simoncic struggled to put all three sectors together and started from eight on the grid. Robin Pansar qualified in 10th, which was a great improvement from Imola.

Michi got off to a good start and was leading into turn one. A massive crash behind him which also sent Dawid down the order meant that both Jernej and Robin were into the top 4 after just two corners. Dawid showed great mental strength and race pace by climbing up the standings and already after the first round of pitstops, he was back into the top 8.

Robin really got the hammer down and showed some staggering pace that sent him up to second place. Jernej followed very closely, but he was on a 4 stop strategy, which required an extra level of raw pace to make it work.
Status at the halfway point was that Michi had checked out in front with an 18 second gap to second place. Robin and Jernej were fighting with Alex Siebel and Petar Brljak for the last two spots on the podium, while Dawid still was in P8.

Near the end of the race, Jernej made his fourth and final pitstop, and he rejoined the track in a comfortable second place, which he held onto till the chequered fla – an incredible recovery drive from the Slovenian.

Robin Pansar also had an amazing race where he started from P10 and finished in P5. A real turn of form by the Swedish driver! Dawid Mroczek managed to get up in P7 which also showed the great pace from him.

Michi Hoyer however, was in a class of his own, leading from start to finish and secured a second race win in a row. A very controlled drive from the German who keeps up the momentum for himself and the team as a whole!