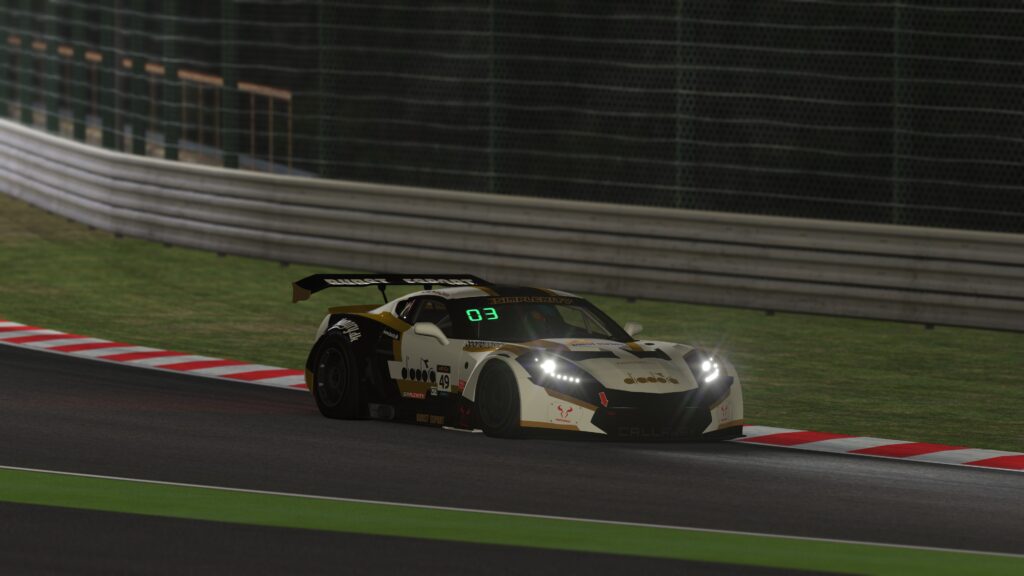 The 3 Hours of Suzuka set the scene for the penultimate round of the GT3 Endurance series and we had an opportunity to secure the title with one race to go.

Michi Hoyer and Jernej Simoncic were on duty at this legendary and old school race track, that is much beloved by motorsport fans. In our Callaway Corvette GT3, Michi put in the 3rd best time in the qualifying session.
The race start was quite uneventful and therefore Michi stayed in 3rd place and stayed close to the leader. After his stint, Jernej took over and got the hammer down with blistering lap times and incredible consistency.

Due to different strategies, we were down to P5, but with Jernej’s pace and racecraft, we got back into the podium places and crossed the finish line as the champions of GT3 Endurance!

“Sealing the first title in 2021 for Burst Esport is a great thing. A strong performance in the beginning of the season meant less pressure in the end where we still did reasonably good. It’s a mega team effort and I am proud to be a part of the team and grateful to be able to run with the guys and be the maiden champions of the GT3 Endurance Series. At this stage I also want to thank all the sponsors and supporting people for their help and dedication.“

An incredible achievement by the team, but we aren’t finished yet. The last round of the series takes place on the 22nd of May with 3 Hours of racing around another fan favorite, Circuit de Spa-Francorchamps.