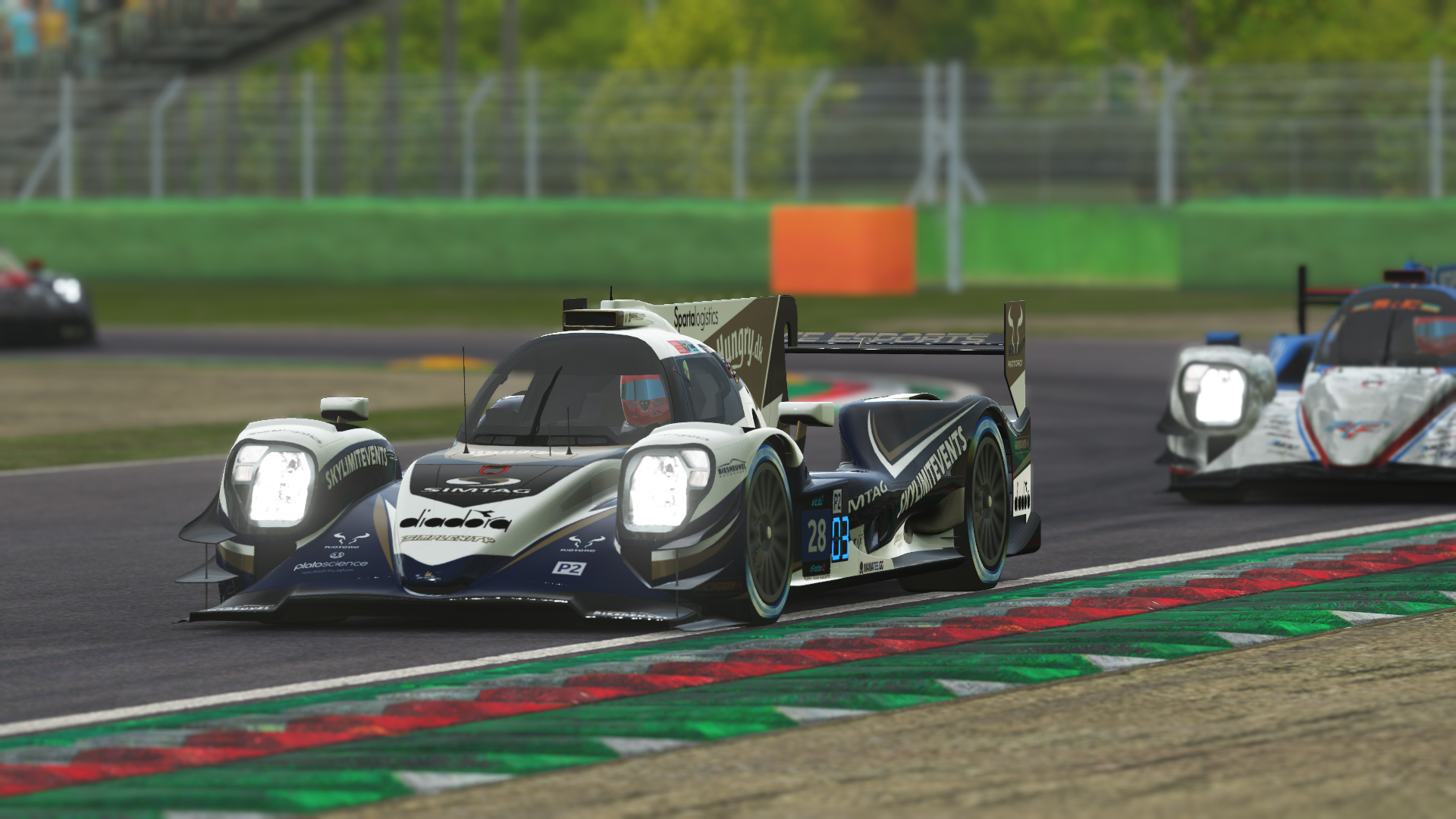 A win and a podium finish at the two opening rounds of the 13th season of the Virtual Endurance Championship, we aimed to keep up the great momentum at Autodromo Enzo e Dino Ferrari, better known as Imola.

Our shared entry Burst Edge Esports was driven by Jernej Simončič and Dennis Jordan while the Burst Esport SimPlexity and Hungry.dk cars had Michi Hoyer, Dawid Mroczek, Rasmus Andreasen and Tom Oldenmenger behind the wheel.

Dennis Jordan just about missed out on P3 in the qualifying session, while Dawid and Rasmus qualified 6th and 10th.
No real change for of positions at the start for our three cars, but once the race got settled, Rasmus in the #50 Burst Esport Hungry.dk car showed decent pace and managed to hold onto P9 for the majority of the first two hours. He defended well from two competitors and didn’t seem to be affected by the pressure from behind.
He and Tom both showed great race pace and was looking very good for a P7 finishing position, but with around two hours to go, Rasmus suffered several technical issues which cost him around 40 seconds throughout the race and ran out of fuel close to the pit entry and sadly had to retire. We will hear from him later about that.

Dawid Mroczek did a stunning job by keeping up with Dennis Jordan for a large part of the race, which could have resulted in a finishing position just outside the podium, but an incident in the last hour and a drive-through penalty due to track limits demoted them to P6.

Jernej and Dennis were stuck behind Lorenzo Arisi for a long time, but out of turn 4, Dennis finally got the run and swooped around the outside into turn 5. Jernej took over and really got his head down. The double FSR world champion flew up into the load, but they also had a huge amount of bad luck of catching traffic at places where you lose a lot of time. That meant they dropped back to third and settled with another podium finish.

As mentioned, we will now hear from Rasmus about what happened that led to the retirement:

“After sitting over at the Nürburgring, it was great to be back in the car. I struggled to stay with the pack at the start, and with a post-race penalty from round 2 we lacked around 25 seconds behoind early on.
The pace was good and the balance felt great thorughout the race. I had Rookie Monsters and Buttler-Pal on my tail for almost two hours, but I didn’t really feel thast much pressure from them. I did make a nice overtake to go P7, but it was sadly all undone with a massive mistaske from my side when I forgot to pit for fuel. I tried to crawl back to the pit, but ran out in the second last corner. I was absolutely gutted, especially for the whole team and my teammate Tom who drove very well. I will learn from it and bounce back even stronger for round 4.”

Very honest from Rasmus. Mistakes happen, we learn from them and improve.
Let’s see if all cars can improve in the next round of the Virtual Endurance Championship when we go to NOLA Motorsports Park on the 16th of January 2021.