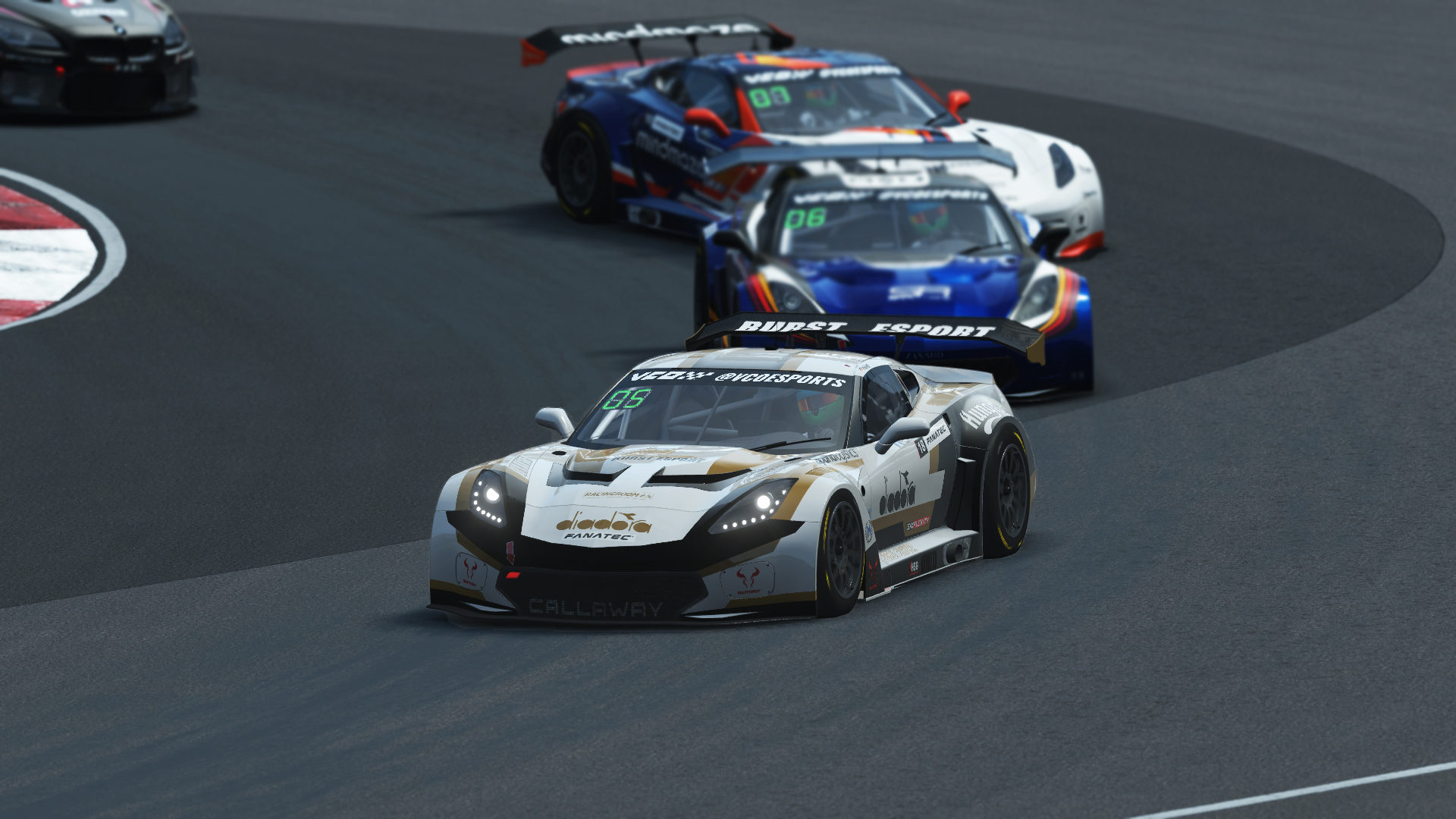 Last week, we raced in round four of GT Pro and the second round of GT3 Endurance on rFactor 2.
GT Pro was at the Nürburgring GP track while GT3 Endurance took on the original Nürburgring, the Nordschleife.

Jernej Simončič qualified fourth while Michi Hoyer and Robin Pansar ended the qualifying session in P16 and P21.
The double FSR world champion and the german FSR race winner had a quite sprint race due to the toughness of overtaking around this circuit. Jernej dropped to 5th at the start and finished in that very position. Michi managed to overtake Alex Siebel during the 15 minutes of racing to finish in P15. Our Swedish driver and engineer Robin Pansar had a tough start where he dropped to 26th position, but despite the toughness of overtaking at the Nürburgring, he recovered back to finish P22.

In the feature race, Jernej both started and finish in P5, but he had to fight for it and at the very last corner, he overtook Lorenzo Arisi down the inside to grab P5, brilliant move by Jernej. Michi however, was was a very busy man. Starting from 15th, he showed great race craft and consistency which got rewarded with a top 10 finish at the chequered flag. Robin didn’t have the easiest of races and had to settle for 26th place.
The results of round 4 of GT PRO means that Jernej jumps to third in the standings with just two rounds to go. Round 5 will be at the Indianapolis Motor Speedway.

As mentioned, we had another GT3 race last week. After a dominating performance by Michi and Dawid Mroczek at Silverstone, the Pole and Jernej teamed up for round 2 at the green hell.
With an incredible lap, Jernej qualified Burst Esport on pole position and with a masterclass strategy call with some great pace, they secured the second win in a row in GT3 Endurance.

“Another fantastic result for us. Winning against teams like R8G and Williams is a great feeling. During the preparations, Jernej came up with a quite unique strategy for this event, which worked in a perfect way.
As usual, he produced a stunning lap in qualifying and was able to keep his position throughout first half of the race. At that point thanks to our strategical advantage, the gaps to the main competitors were already so big, that I just had to bring the car safely to the finish line, which I did. Now we need to keep working hard in order to keep the lead in the championship, and hopefully, next victories will come.”

It has been an incredible week for the whole team, and hopefully, we can keep up the momentum in round 3 of GT3 Endurance at the 19th of December at Imola.