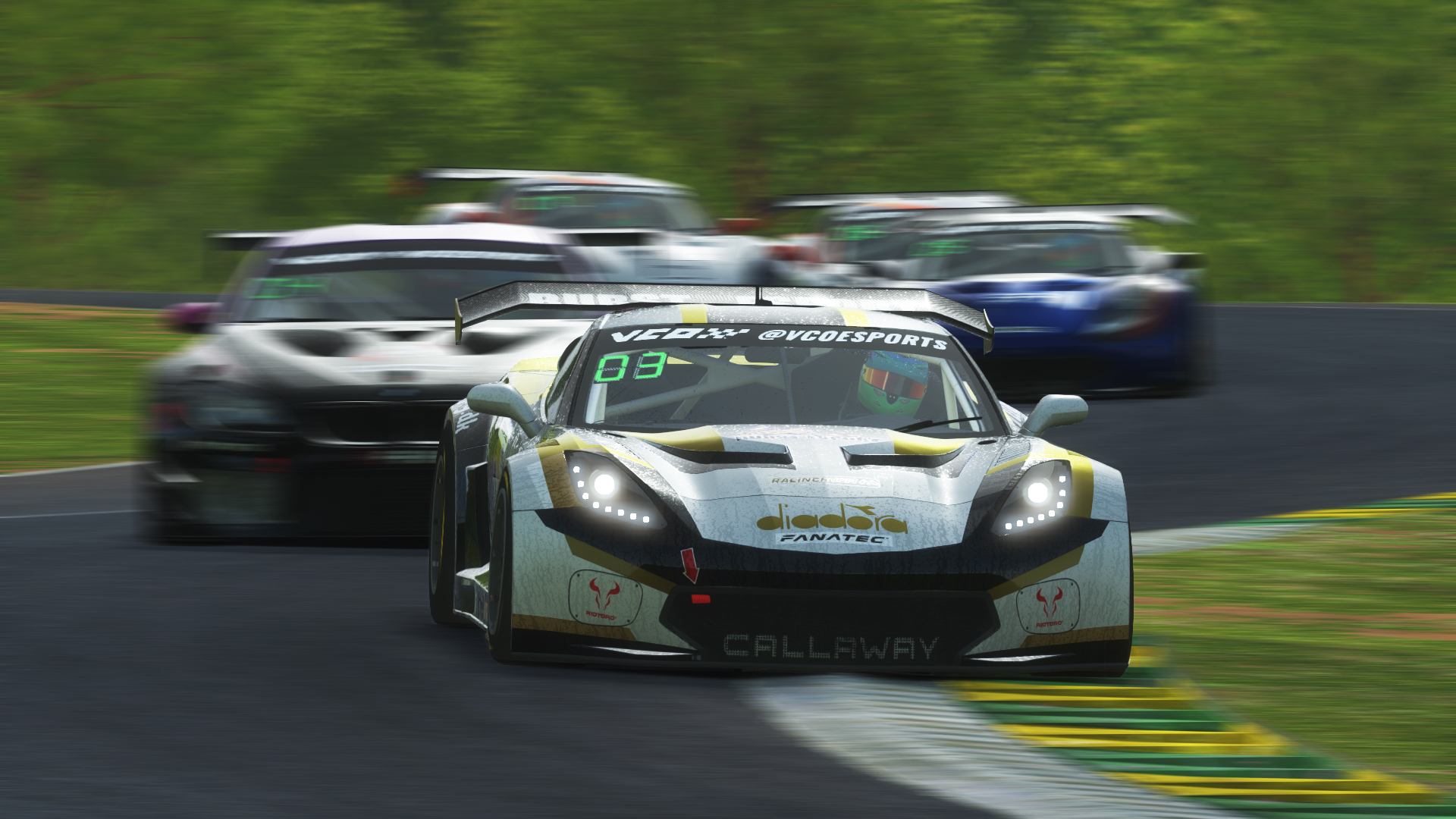 The hilly landscape at Virginia International Raceway provided the location for round three of rFactor 2’s premier series, GT PRO by VCO Esports.

After a less than optimal round two at Portland, Jernej Simončič, Michi Hoyer and Robin Pansar were on the hunt off closing the gap in the championship standings, and oh boy did we get a strong performance from the Burst Esport drivers.

Jernej had a decent qualifying session where he put in a lap time to give himself P3 on the grid. Robin did a season best qualifying by ending the session in 11th place while Michi struggled to put all three sectors together and had to settle with P19.

Sprint race
The first half of lap one was pretty calm, but going into the last couple of corners, contact between a Williams and R8G Esport car required quick reactions and Jernej showed just that with some great awareness to avoid the two cars and went up to fourth. Just a few minutes later, he made the move to take P3 which he held onto till the chequered flag.

Robin sadly made a small mistake, which cost him quite a few positions, but he comes back from that in the feature race, more about that later. In the Sprint race, he finished in P24 while Michi after a tough qualifying gained five places to finish P14.

Feature Race
As usual, the top 10 finishers from the sprint race started in reverse order for the feature race.
As mentioned, Robin redeemed himself from an unfortunate sprint race, by going from 24th to 17th place during the 45 minutes of racing. Solid recovery from the Swedish driver and engineer.

Michi had a tough time, but still, he improved from his starting position and finished in P12 which was his best in the series so far. He has the qualities to be at the very top, so don’t be surprised to see him further up in future rounds.

Jernej, however, were on a charge to strengthen his championship fight. Starting from 8th place, he looked after his tires very very well. He got a brilliant start where he gained three positions and that set up the rest of his race. With 20 minutes to go, he out braked Team Redline’s Kevin Siggy to take P3 and then some drizzles of rain started to fall. During the small rain period, Jernej showed his great car control and was the quickest car on the track and the gap to 1st and 2nd was coming down rapidly.
With just one lap to go, the Slovenian caught the leaders, and on the back straight they had some slight contact and Jernej had the momentum to over one of them and finish in P2, less than half a second from the winner Hany Alsabti.

This means Jernej jumps to 4th in the standings with all still to race for!
Robin and Michi are in 19th and 25th respectively after two mixed races for them both.

Round 4 and GT PRO is on the 23rd of November at the Nürburgring.