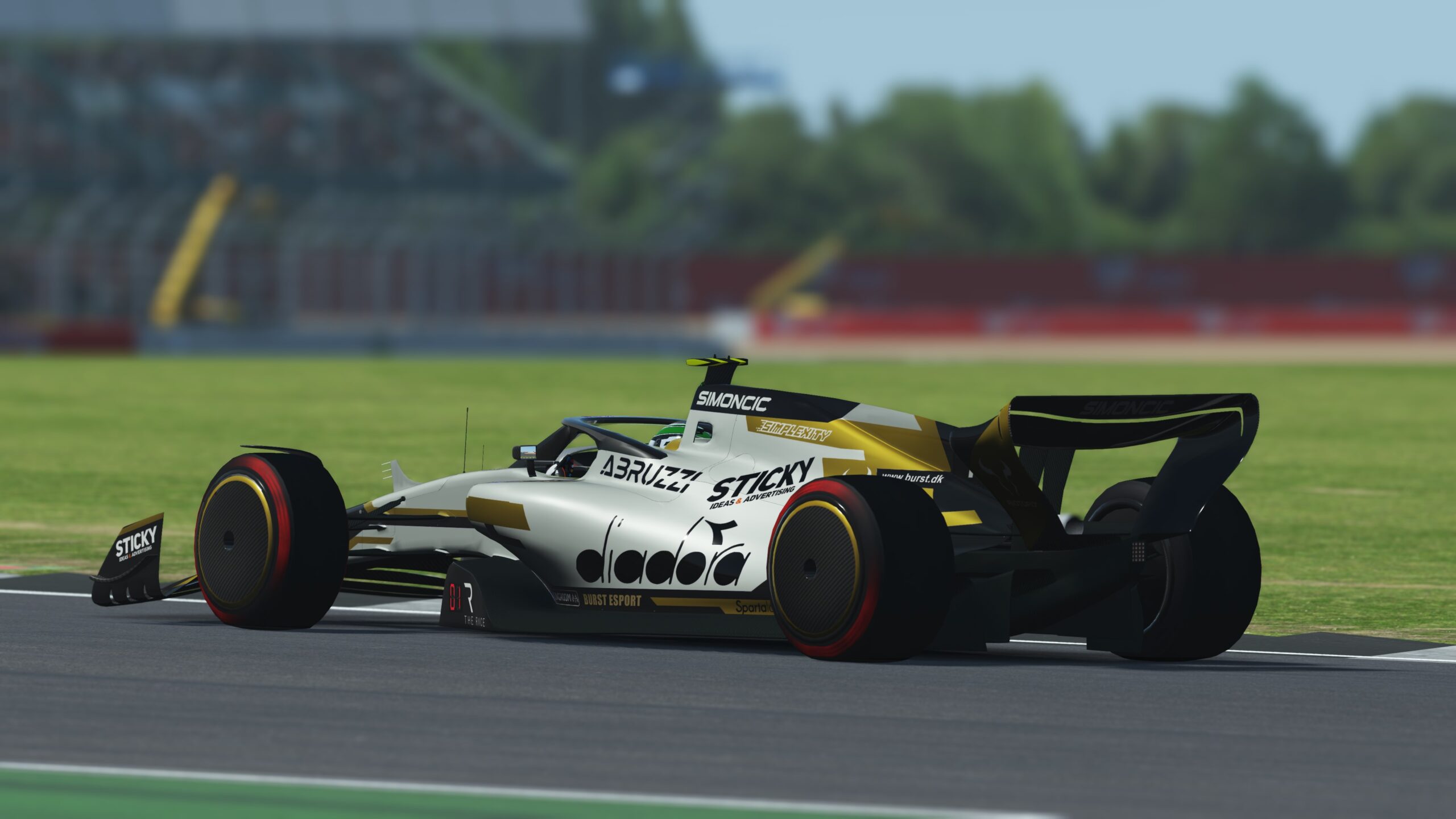 Simončič back on top – FSR Round 5

After technical issues hindered Michi Hoyer from taking another race win in the 2021 Formula SimRacing World Championship season, Dawid Mroczek stepped up and secured his first podium finish of the season. For round 5, we went to the British home of Motorsport, Silverstone.

After struggling to put it together, Jernej Simončič secured pole position for the first time this season with the only lap time under 1:28.
It was a super competitive qualifying session, and Michi Hoyer had to settle with P8 while Dawid Mroczek and Robin Pansar secured starting spots of 10th and 11th.

A brilliant start saw the Slovenian double world champion leading into turn one with Michi, Dawid, and Robin maintaining their position.
Dawid and Robin who started on the hard compound of tires pitted already on lap 9, to undercut the cars ahead. That strategy succeeded with Dawid getting ahead of Michi after the german served his first stop, with Robin just behind them. At the front, Jernej was in total control.

All in all, it was a quiet race on a track where overtaking turned out to be extremely difficult. Michi, Dawid, and Robin crossed the line in 9th, 10th, and 11th, while at the front Jernej shot himself to the championship lead with a dominant drive where he led from start to finish and secured his first win of the season!

Let’s hear from him now:

“It is a very important win as I had to prove to myself I’m able to drive this car fast. For the first time this season I put together a great qualifying lap, making the race straightforward, where we could simply cover the strategy of the cars behind to stay in the lead.”

As mentioned, Jernej is now leading the championship, but only by 6 points to Michi. Dawid sits in 7th and Robin in 11th.
Round 6 of the 2021 Formula SimRacing World Championship takes place at Indianapolis Motor Speedway, also called The Brickyard, on the 16th of May.