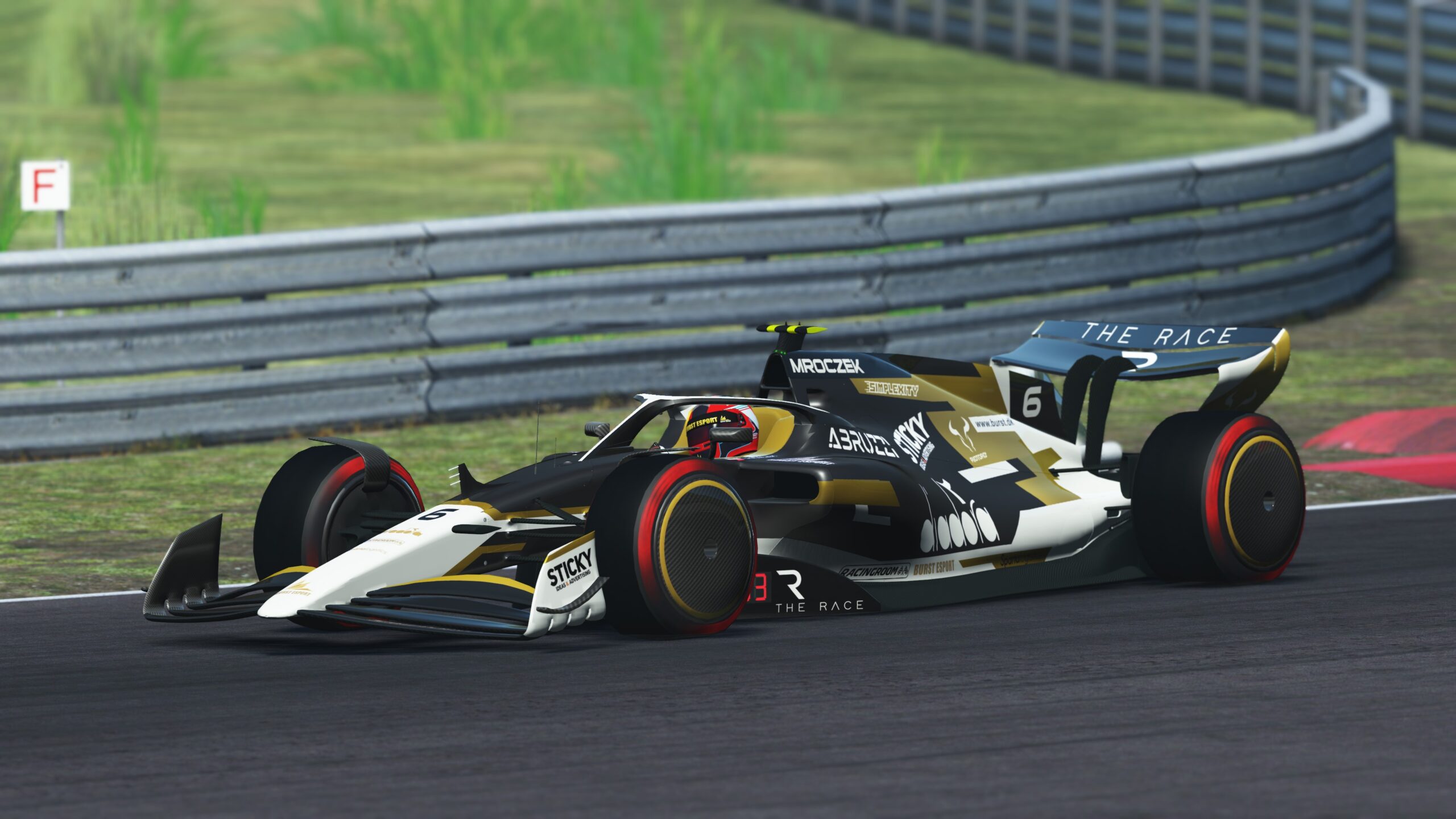 Mroczek takes first podium of the season – FSR Round 4

The first three rounds of the Formula SimRacing World Championship have been the Michi Hoyer show, with the german taking victory in all of them. For the fourth round, the iconic dutch Zandvoort circuit awaited, could he make it four in a row?

In the qualifying session, he certainly made sure that he would in contention for the win once again by taking pole position for the third time this season, by just over 0,1 second to Petar Brljak, close followed by Jernej Simoncic and Dawid Mroczek. Robin Pansar qualified just outside the top 10, but still with a good shot of getting points from his starting position in 14th place.

A great start from Michi kept him in the lead and was slowly increasing to the gap to second place. Jernej and Dawid were still in P3 and P4 while Robin with an early pitstop made the undercut to advance into the top positions.
Michi also pitted earlier than the cars behind him and despite a small mistake, his pace was so great that he stayed in the lead after the first round of pitstops. However, Jernej, unfortunately, had a shared pit box with Brljak, which meant he had to wait for his 2020 championship rival, to finish his pitstop. That sent the double world champion down to 8th place, and Dawid took over 3rd.

Again, Michi made an early pitstop to take advantage of the powerful undercut around Zandvoort, but just a few laps after, he was hit by a technical issue that sent his car into the air and ended his race. He was on his way to deliver another superb performance, but these things happen in sim racing sometimes.

Dawid was now in 2nd place and hunting down Brljak, but in the end, the Polish driver had to settle with second place, which also gives him his first podium of the 2021 season. After the shared pit box episode earlier in the race, Jernej recovered to finish in 5th, while Robin gained another position to finish a well driving race in P9.

Let’s hear from Dawid upon getting his first podium of the season.

“Fantastic result. I am very happy with my pace in this race. I was able to keep up with Jernej during my first stint which is a great sign for me.
After his and Michi’s problems I ended up in p2 with Dennis Jordan close behind me. At that point I knew that very consistent driving was needed in order to keep my position. There was a crucial moment just before my last pit stop, when Denis tried to undercut me, but somehow my inlap on used hard compound tires wasn’t slower than his outlap on fresh soft compound tires. I came up from the pits ahead of him, so last 20 laps were again just trying to be as consistent and fast as possible.

I had some issues with the muscles of my left foot during the last couple of laps, I have lost some of the feeling of my brake pedal because of that, but fortunately it didn’t cause any mistakes from me on track and I kept my second place. Seems like simracing can be physically demanding too, especially in high level competitions like the FSR World Championship. Big congratulations to Petar, his pace was truly great today. Next race is Silverstone and it’s one of my favourite tracks in modern open-wheel cars, so I definitely hope to get a good result there.

Great words from Dawid who tell you that the next time we go racing in this series will be at the British home of motorsport at Silverstone. That will happen on the 25th of April.

Michi stays at the championship leader with Jernej closing the gap to 17 points. With his podium finish, `Dawid promotes himself to 7th in the standings while Robin joins the top 10.