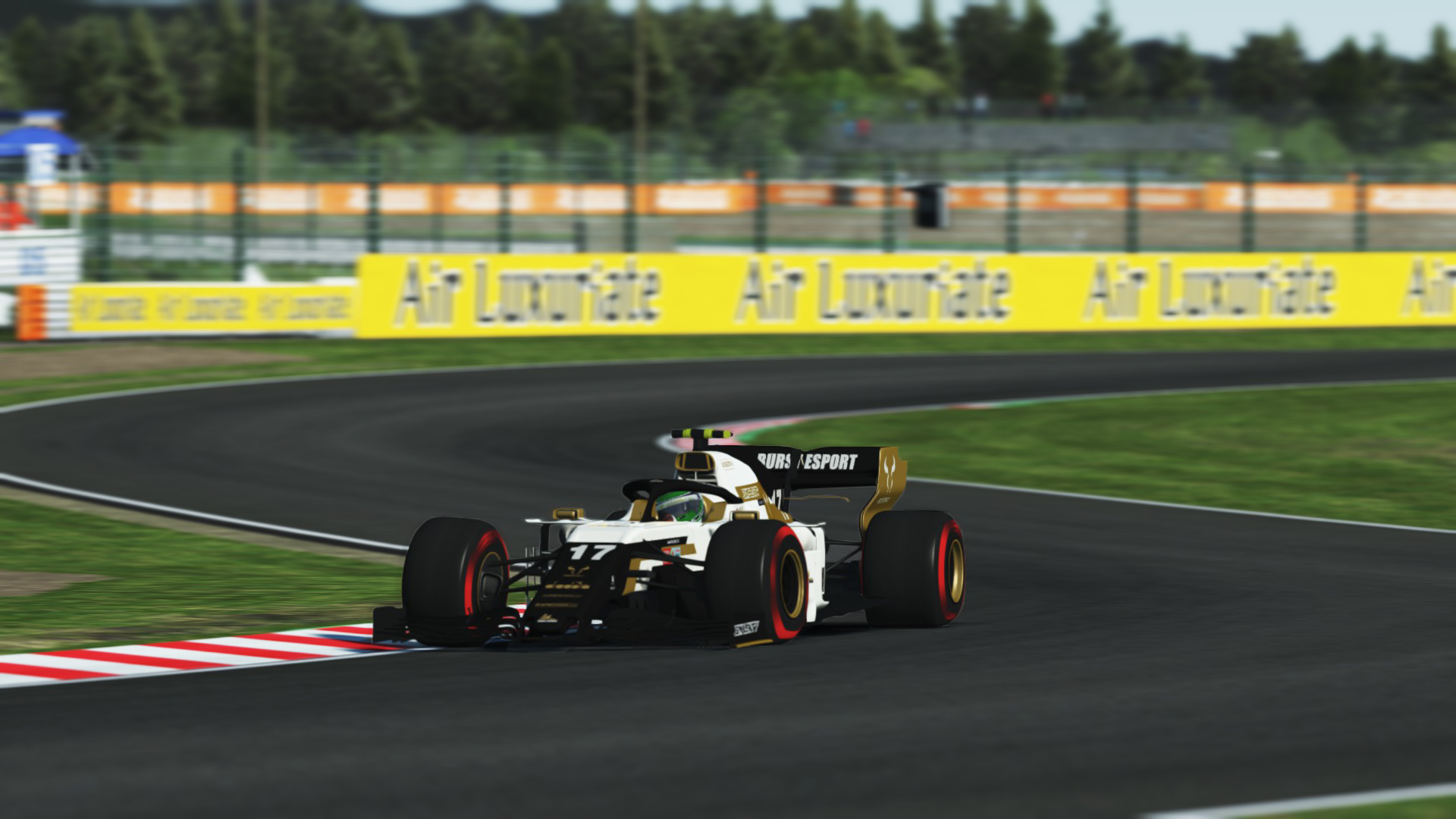 A technical issue at Zandvoort saw Jernej Simončič’s gap to championship rival Petar Brljak go down to just 11 points before the penultimate round, in the 2020 Formula SimRacing World Championship.

Suzuka has a rich history in championship deciders. Michael Schumacher secured his first world title with Ferrari at this very track in 2000.

Qualifying was dominated by Burst Esport with Jernej taking his fifth pole position of the season, Michi Hoyer would start from 2nd, Dawid Mroczek in 3rd and Robin Pansar in 4th.
The start went trouble free for all four Burst Esport driver and we kept the top four places. A few laps into the race with Jernej and Michi creating a gap to the rest of the field. Robin and Dawid swap position at the start and was sitting comfortably in P3 and P4 with Brljak just behind them. Brljak had to finish 5th or lower for Jernej to take the title.

At the end of lap 10, Robin dived into the pit lane to put on the hard compound tire with Jernej doing the same the lap after. Brljak stayed out for a long time which meant he got jumped by Alex Siebel.
Jernej and Michi were still leading the field and things looked good for the Slovenians title hopes.

Dawid was doing a stunning job in P4 fighting Brljak who multiple times tried to get past the polish driver. On lap 30 he couldn’t hold him anymore, which out Jernej’s championship rival up to P4.
However, both Dawid and Robin pitted for their second set of hard tires just two laps later while Brljak stayed out to then go onto mediums. That meant they both jump him with the undercut strategy so Brljak now had to overtake both of them once again. But Dennis Jordan and Janos Bracsok had made the undercut strategy work, so it space of one pitstop round, Jernej’s title hopes out of sudden looked very promising.

With just 8 laps to go, Brljak still had to overtake three cars and there will be a few seconds gap between them. He went around the outside of Dawid into turn one, but his wheel disconnected and slammed into the wall.

That meant that Jernej crossed the finish line after flawless 53 laps as the 2020 Formula SimRacing world champion! Michi came home in second after an intense fight with Muhammed Patel at the very end, Dawid finished 8th and Robin in 9th.
A massive achievement in our very first season in the series and for Jernej, who now is a double world champion.

Here some words from the world champion himself:
“I hadn’t given myself any other option than to win the second title this year. Some wins might have looked easy, but in each of them, I had to give my very best to put myself in the winning position.

With the busiest ever sim racing schedule of the quarantine times, I had to rely more than ever on the team, without which this success would not have been possible. It’s not a light matter to switch teams, but the decision to join Burst in the winter turned out to be a brilliant one, so with one more FSR championship in the hands and with many other successes, I really look forward to what the future at Burst brings.“

The final round of the 2020 Formula SimRacing world championship will be held in two weeks at Interlagos.

You can rewatch the title deciding race right here: https://www.youtube.com/watch?v=Ke62TOdKd9k