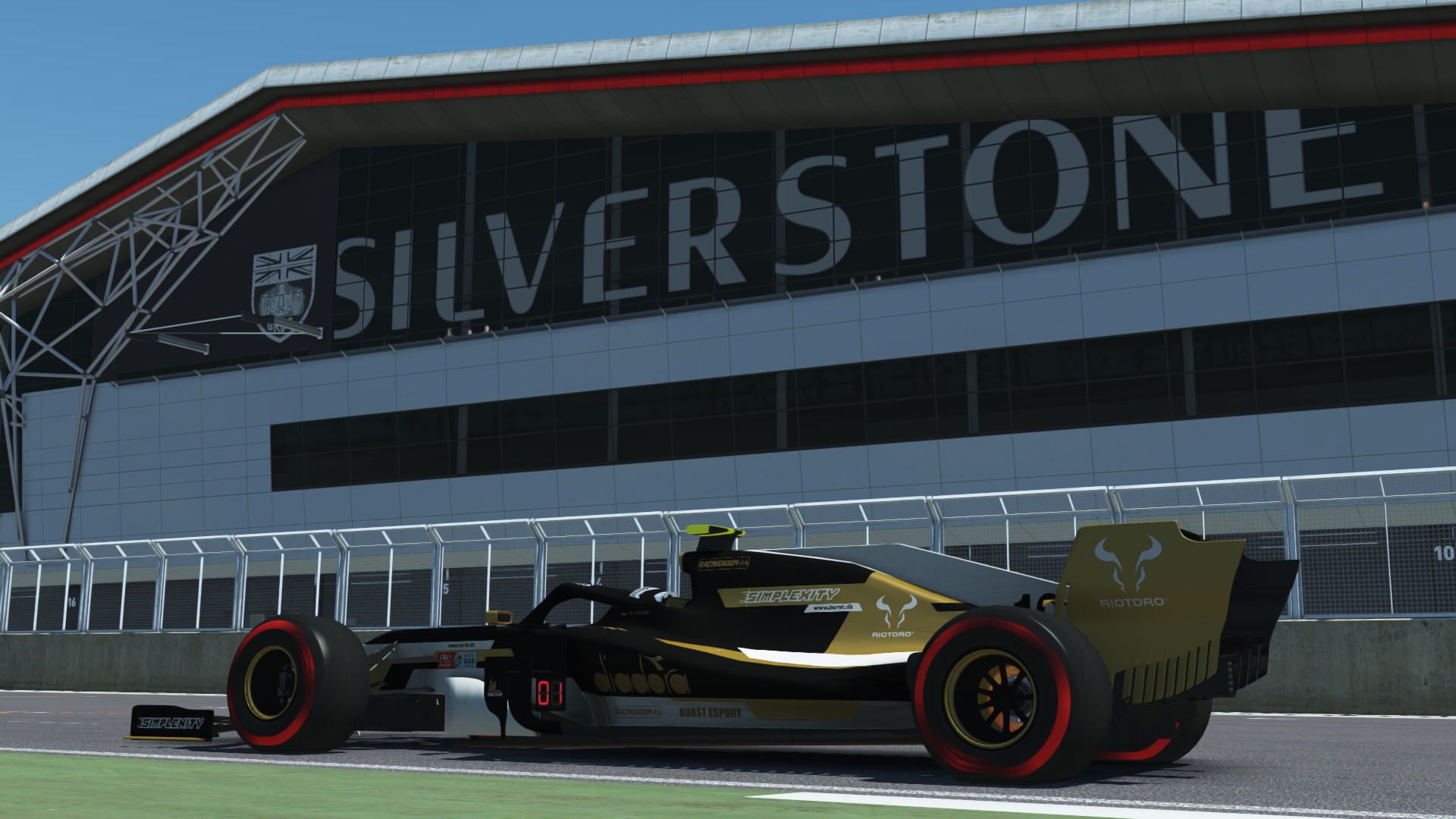 FSR Round 6: Podium for Burst Esport at Silverstone

After a dominating performance around the streets of Circuit d’Azur, where Jernej Simončič won by 34 seconds, the time had come to visit the home of British motorsport, Silverstone.

Michi Hoyer and Dawid Mroczek had a great qualifying session with locking in 2nd and 3rd place on the grid in their Burst SimPlexity Esport cars. Jernej had a tough time and couldn’t put it all together which resulted in a starting position as number 11 while Robin Pansar wasn’t able to set a time, and had to start from the back in his Burst Riotoro Esport car.

Our german and polish driver stayed in their starting positions for the first 10 laps before Michi made the move on the inside of Stowe corner, to take the lead of the race.
Jernej struggled to cut through the field and had to go onto an alternate strategy by putting on a second set of medium compound tires, which saw him gain position immediately after leaving the pit lane. He caught Jeroen Kweekel, a long time rival of his, which he have had incidents with at Indianapolis and Estoril – the tension was building the closer he got.
Jernej went on the inside into Brooklands, but Kweekel turned into the corner with no room for Jernej on the inside, which resulted in contact, but both of them was able to continue on.

Robin had a more quiet evening, right until got caught by Kweekel who ended up behind the Swedish driver after the incident with Jernej. Into Brooklands corner, Kweekel turned in with very little room for Robin and hit his sidepod which once again sent him off the track. Again, both were able to continue on.

At the front, Michi and Dawid were back in 2nd and 3rd, with Muhammed Patel taking the lead and Jernej’s championship rival Petar Brljak on a charge from behind after pitting late to a set of soft compound tires.
Michi went for the lead once again and Dawid followed him to make it a Burst 1-2 with just 12 laps to go. Brljak shortly after got into 3rd with much faster and fresher tires than Michi and Dawid.

With two and a half lap to go, Dawid couldn’t defend against Brljak anymore, which left Michi with a tough task in the final stage of the race. Going on to the final lap, Michi had to concede the position and had to settle with 2nd place after a brilliant drive.
Dawid finished in P4 after he got overtaken on the last lap by Muhammed Patel.
Jernej recovered to finish in 8th while Robin got 13th.

With that result, Jernej is still leading by 22 points to Brljak and further 17 to Michi. Dawid moves up to 5th while Robin is sitting in 15th place.