Double podium at The Brickyard – FSR 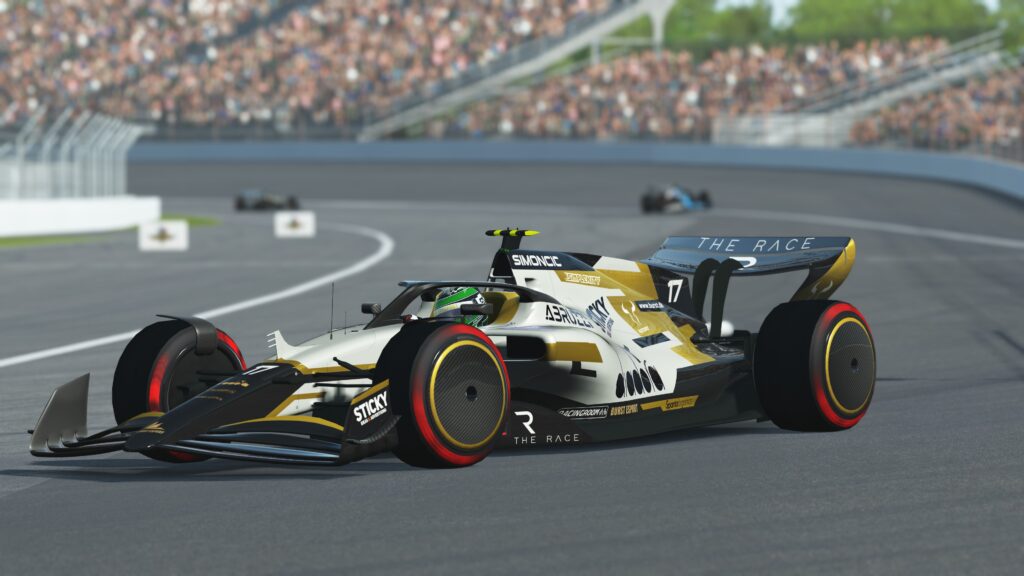 After Jernej Simončič took his maiden win at Silverstone, we went to Indianapolis Motor Speedway, also known as The Brickyard.

Qualifying resulted in Jernej securing a starting spot of P3 with Michi Hoyer just behind in 4th. Dawid Mroczek and Robin Pansar finished 8th and 10th.

The Slovenian double world champion got off to a flyer of a start and jumping up to second place and it was the same for Dawid, who gained two places.
Things stayed calm until the second round of pitstops where Michi decided to go for an undercut strategy with the soft compound of tires. Despite being slowed down by traffic on his out lap, he managed to jump from 5th to 3rd place and were now just a couple of seconds behind Jernej.

Dawid decided to stretch out his stint on the hard compound tires which sent him out of the top 10 places, but in hope of the advantage of a shorter stop at the end would make up for it. Robin was doing a decent job by sitting in or around 10th place for the majority of the race. The Swedish driver has taken a step up from his 2020 season, which his 5th place at Estoril clearly demonstrated.

Jernej had for the whole race been looking at the rear of his VEC teammate Alex Siebel’s car, which started on pole position and was defending with all he had. Sadly for Jernej, the german was able to hold on and take his maiden race win in the Formula SimRacing World Championship with Jernej in 2nd and Michi after a remarkable strategy call in 3rd. Dawid struggled to make his way back up the field and came home in 10th with Robin just a few seconds behind.

With half of the season behind us, we still have Jernej leading the driver’s championship with Michi still in 2nd, just 9 points behind after his immense start to the season. Robin is closing in on the top 10, while Dawid is sitting in 8th.

We kick off the second half of the season in the south of France where the streets of Monaco await. Last year, Jernej was victorious and along the way set a new record for largest winning margin in FSR history. Can he beat it, or can Michi take back the championship lead? We will find out on the 30th of May.