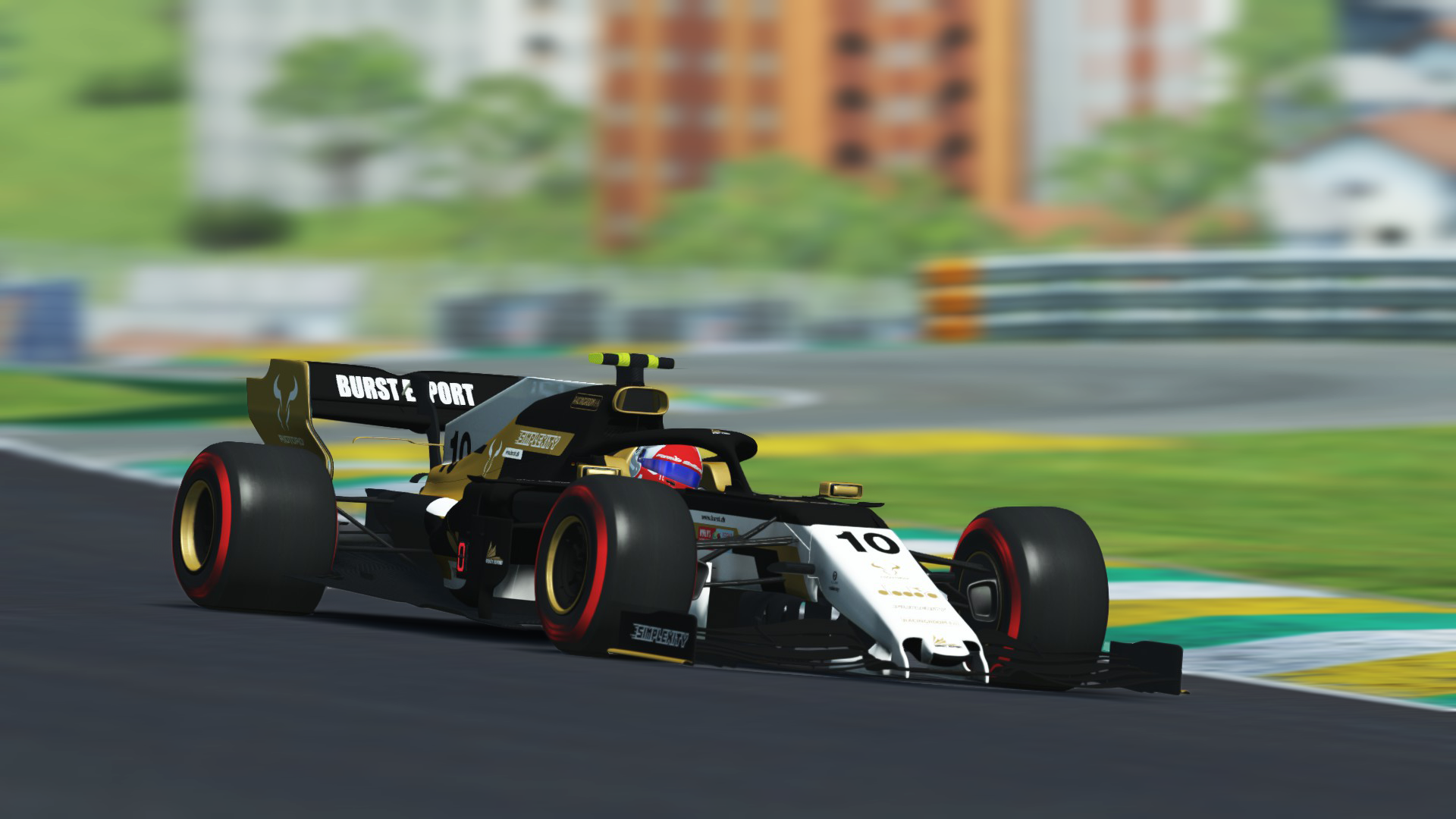 It has been an eventful and intense 2020 season in the Formula SimRacing World Championship. Last time around, Jernej Simoncic secured the driver world title for the second year in a row but the team championship was still up for grabs in the final round at Interlagos.

Jernej lined up in 2nd place with teammate Robin Pansar in 15th, while Michi Hoyer and Dwid Mroczek started from 8th and 10th for their attempt to secure Burst Esport the constructors championship.
The 2020 world champion got a fantastic start and took the lead into turn one, but also Michi Hoyer flew past his competitors and gained 3 positions.

People who qualified outside the top 10 started on either the medium or hard compound of tires, which put Alex Siebel and Dennis Jordan in the mix for the crucial deciding points, but Michi and Dawid kept fighting, which led to one of the most intense season finales in FSR history.

A late charge from Siebel saw him finish inches behind P4, which could have secured them the championship, but due to Michi’s consistency and Dawid’s incredible defensive work in the final parts of the race they finished in 6th and 9th. That means Burst Esport is the 2020 Formula SimRacing constructors world champions!
Jernej went for a 3 stop strategy which sadly didn’t give him a 6th win in the season, but came home in 2nd. Robin Pansar ended the season with 12th place finish.

Michi Hoyer, who with Dawid Mroczek secured the team championship was obviously were delighted and here’s his reaction:

“I am delighted for this achievement in Burst Esport’s debut season in the Formula SimRacing World Championship.

By winning the constructors championship I feel unfinished business as a team principal for rFactor 2 in a team has finally been finished. So personally winning a constructors championship as a team manager feels special. I am super proud of everyone in the team. Since day one of this season, everyone in the team had the right mindset and everyone was working towards the maximum of performance.
We did a solid pre-season programme and set the route for victories in the early stages of the season, which gave us a good base for the entire year. Despite the championship has been decided ever so close, I want to thank everyone in the team for their massive efforts. Its a result of solid and professional teamwork being put in by all the guys at Burst Esport whether it have been drivers or engineers helping in the race or engineers and staff that has never appeared on track but always prepared for whatever event. This entire team setup and the consistency over the season were key to win this championship. “

An incredible debut season in Formula SimRacing for Burst Esport with both the drivers and constructors championship!
Here are a few words from Burst Esport team manager Jesper Pedersen:

“As the team manager for Burst Esport I am extremely proud of the guys. Not only did we secure a World Championship in the driver standings but also in the constructors championship which is a huge accomplishment. We only just expanded into rFactor2 competition this year and seeing this program already flourish as it is – really highlights that the investment was worthwhile. Big thanks to Tom, Dawid, Robin and Jernej for all the hard work throughout the season. Also a big thank you to Michi who made the team what it is.“