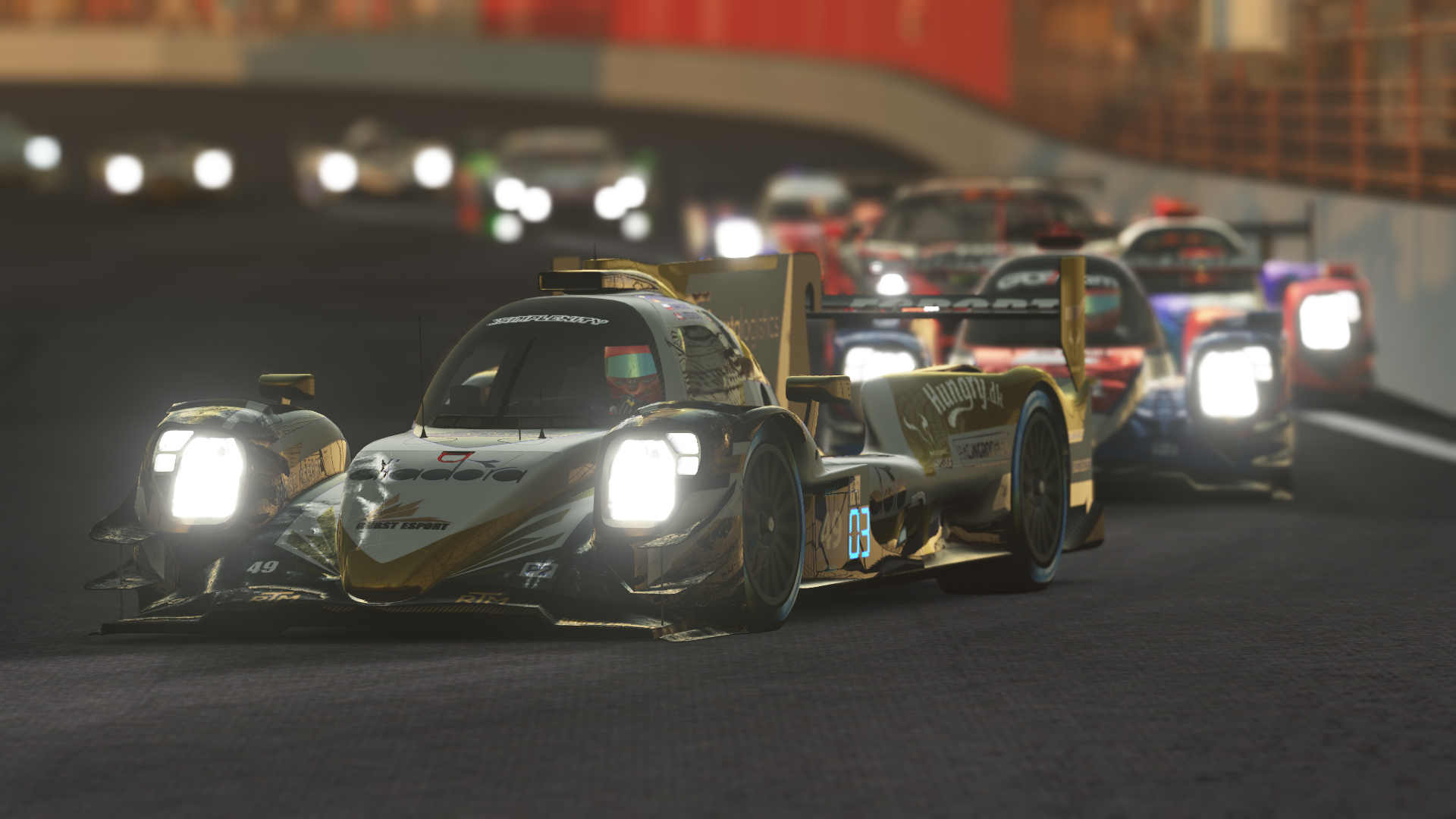 8 Hours of Indianapolis. The brickyard that’s most famous for the Indy 500, had opened its road course layout for the fifth round of the Virtual Endurance Championship.

As for the previous races, we had three cars on the starting grid. Firstly the Burst Edge Esports no. 28 arrived will a full line-up of Jernej Simoncic, Alex Siebel and Dennis Jordan. The trio is well in the championship title fight and was determined to get back to the top step of the podium.

For the Burst Esport SimPlexity No. 49 car, Michi Hoyer and Dawid Mroczek turned up to hopefully return to the upper part of the field after an unlucky race at Nola.
Lastly, the Burst Esport Hungry.dk car once again had Rasmus Andreasen behind the wheel, this time with Tom Oldenmenger and Joao Pitaes.

We qualified in 2nd, 4th and 20th place. Both the #28 and ¤49 car got a decent start, but a movement under braking from a competitor into turn one meant that both lost some time, but were still in third and fourth. The #50 car had a great launch and overtook multiple cars before turn one but in turn two they met a closed door and had to slot in the queue of cars.
It didn’t end there, because arriving at the fast chicane for the first time, multiple cars collided and due to visibility and being close to a competitor in front, the Rasmus had no chance of avoiding a collision which at first didn’t give too much damage to the car, but then he got hit from behind and got significant suspension damage. That cost them over 4 laps to the rest of the field due to damage repair, so the rest of the race was damage limitation from there.

Alex Siebel and Michi Hoyer drove a brilliant two opening stints where they showed great fuel management that made them able to go longer on a full tank of fuel than the rest of the field.
Jernej Simoncic and Dennis Jordan continued the great work started by Alex, and the same did Dawid Mroczek who as mentioned shared driving duties with Michi in the #49 car.

A fairly quiet evening at the Indianapolis Motors Speedway saw Dennis Jordan taking the chequered flag to win the 8 Hours of Indianapolis and therefore bringing Burst Esport back to winning ways ion the Virtual Endurance Championship. And Michi Hoyer secured another spot on the podium after crossing the finish line in third place – Incredible work by both of them.

Despite being over 4 laps down from the start, the #50 car with Tom Oldenmenger behind the wheel brought the car home in 15th place after a very good recovery drive which again showed that they have the pace, so let’s hope the luck can go their way at the 13th of March where the 1000 Miles of Sebring sets the scene for round 6 of VEC.

Let’s finish off with a short comment from Dennis Jordan:

“We made our lives harder than needed by not changing tyres for the last stint, but managed to just hold on to the win”