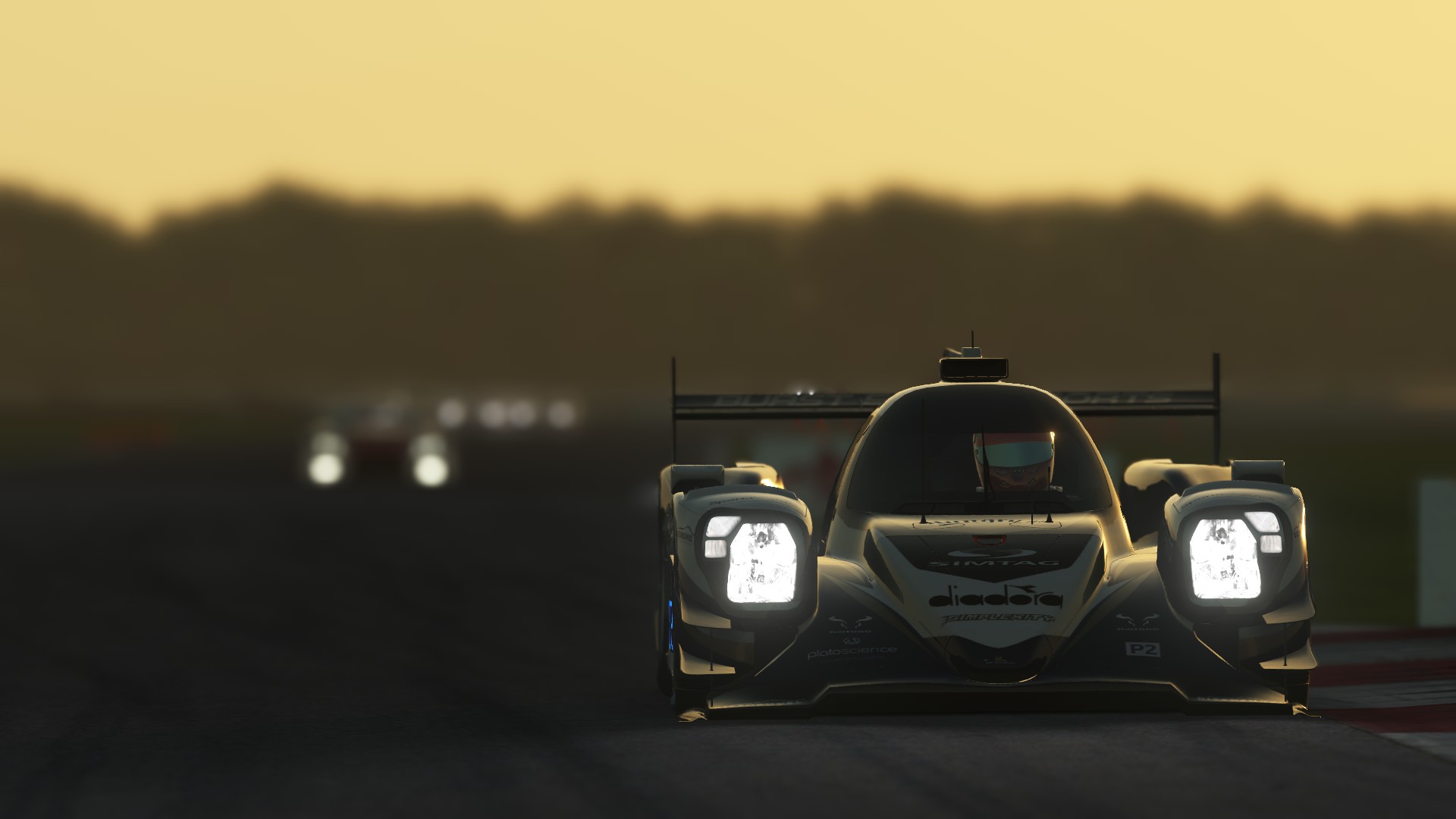 The weekend was in the spirit of endurance multiclass racing with round 4 of both Sports Car Open on iRacing and the Virtual Endurance Championship on rFactor 2 taking place at Silverstone and Nola Motorsport Park.

We start with the iRacing series, where our Japanese star Kazuki Oomishima qualified the Burst Esport LMP2 to start from third on the grid. He lost a few positions at the start but his and Charlie Summers pace was incredible the whole race. A few mistakes and an unfortunate ending which Charlie will explain in a moment sadly resulted in a DNF. Here’s Charlie to take you through the emotions:

Round 5 of Sports Car Open takes place on the 6th of February with the 4 hours of Interlagos.

As for the previous three rounds, our three cars were on the grid with especially the #29 Burst Edge Esports car still well in the championship fight. Jernej Simončič competed for the first time this season and did that by qualifying in 2nd. He shared the car with Alex Siebel.
Michi Hoyer was once again behind the wheel of the #49 Burst Esport SimPlexity LMP2, but this time with Burst Esport team manager Jesper Pedersen who made his VEC debut. The german qualified 3rd, just 15 thousands of a second behind Jernej.

The #50 Burst Esport Hungry.dk car had an all danish line-up for this race in Casper Henningsen and Rasmus Andreasen. This pairing showed great pace and potential in the pre season race at Imola and again in wet conditions at Silverstone.

Both the #29 and #49 car managed to fuel save enough to go two laps further than their competitors in each stint, which saw them gain time at the end of the race. The #50 car with Casper Henningsen made an incredible start from 17th and move in 8th place after just 15 minutes of racing. But a misjudgement in traffic saw him going off the track and drop down to 13th. However, he quickly crawled his way back up to 9th with blistering pace and overtaking abilities. An incident later saw him pitting for over 4 minutes of damage repair and he and Rasmus were sent to the back of the grid.

The hours went and for the last stints, Alex Siebel, Jesper Pedersen and Rasmus Andreasen were in the cars and flying around Nola Motorsports Park.
Alex has found himself in 2nd place in the closing minutes while Jesper and Rasmus were in P8 and P18. Alex had an issue which slowed him down, and sadly he had to concede his positions with just a couple of minutes to go and finished in 3rd place. Jesper had put on the pressure on a competitor for quite a while, and it paid off at the end where he could see the chequered flag in P7, even though their pace were there for more. Rasmus crossed the line after sadly another “what it could have been” day for the #50 car, but they showed that the pace is there to race with the top guys.

Here’s Alex Siebel with a comment after the race:

“Saturday’s race started really well with Jernej doing a mega job in qualifying and the first stints. I was happy with my first stints as well and it looked good until the last phase of the race. There I made a mistake and had some rig issues that cost us 2nd place and a shot for the win. Anyway, pace looked decent so that’s a positive for sure.”

After round 4, the Burst Edge Esports car sits in 2nd place in the standings while the Burst SimPlexity and Hungry.dk cars are in 9th and 15th.

Round 5 of the Virtual Endurance Championship takes place on the 13th of February with the 8 hours of Indianapolis.