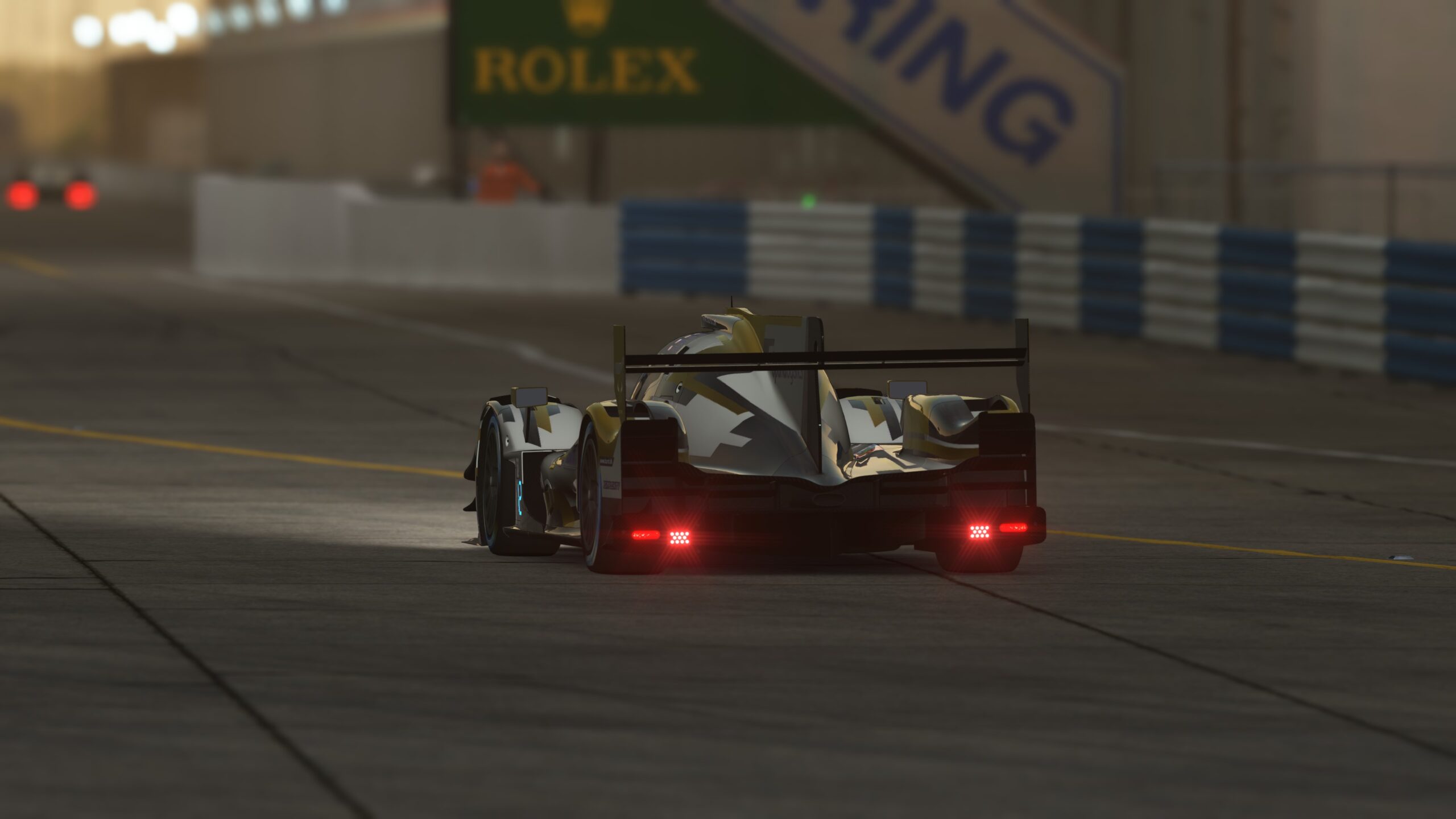 After getting back to winning ways at Indianapolis, the aim was to continue that form going into the 1000 Miles of Sebring. It was the 6th out of 9 rounds in this season of the Virtual Endurance Championship.

Dennis Jordan, Jernej Simoncic and Alex Siebel were behind the wheel of the no. 28 Burst Edge Esports car, Michi Hoyer and Dawid Mroczek shared the no. 49 car, while Rasmus Andreasen, Tom Oldenmenger and Joao Pitaes again were in the no. 50 car.

The Burst Edge Esport car, which still is a championship contender qualified in 4th but it didn’t take them more than 7 laps before they were in the lead.
Michi started from 2nd place, but due to post-race penalties from Indianapolis, he had to drive through the pitlane twice before getting his head down.

Rasmus who had an unfortunate start in the last round where he got caught in a big pile-up of cars without a chance to avoid, once again had some bad luck against him. On the exit of turn one, a car came sliding across the track, and again he didn’t have a chance to slow the car down enough to avoid contact. He collected some damage to the suspension which meant he drove the first stint with bend steering. he also had to serve a drive through from Indianapolis, but despite both suspension and aero damage, he drove a decent first stint. On lap 22, shortly before the first round of pitstops, he was defending against competitors into the very bumpy sunset corner. The competitor hit one of the bumps with high speed, which sent his car into Rasmus’ who ended up in the wall with a lost rear wing and other significant damage. The job for him, Tom and Joao were from there on all about getting to the chequered flag, which they did in 19th place.

Michi Hoyer started his recovery drive which at first went well and the pace looked as promising as it did in qualifying. Dawid’s pace also showed that they are at the very top in this series, and despite an incident and a long time in the pit to repair the damage, they ended up in P12.

Alex Siebel did a solid first stint in the no. 28 car. He, Jernej and Dennis all did a very good job keeping out of trouble and putting in those consistent laps which is the absolute key to success in endurance racing. Sadly a competitor had a pace advantage that couldn’t be matched on the day, so they crossed the finish line after 268 laps in 2nd place.

We are still well in the fight for the title, and we aim to strengthen our position on the 10th of April when we go to Japan and the legendary Suzuka International Racing Course for the 6 Hours of Suzuka.